Why did you choose Komodo over something like Netbeans?

I’m looking for a more serious IDE and something I can use with a handful of languages: Python (with Django), Web (HTML, JS), and maybe sometimes C++ (openframeworks).

I am having a hard time selecting an IDE. I could buy multiple IDEs for specific languages but that’s not the most cost effective choice for me. With that aside, I’m looking at Netbeans, which I’ve never used, and I’m wondering how to properly compare the two.

Komodo is faster because it’s not based on Java. It uses C++ and Python for the back-end, XUL, JS and HTML5 for the UI, it’s very extendable and configurable, provides a lot of cool features for debugging (like Code Profiling), have some interesting features like Commando.
Komodo supports much more languages to Debug compare to Netbeans (I take the info from Wikipedia). Komodo can debug Python (2/3), Ruby (on Rails as well), PHP, Go, Perl, NodeJS and Tcl when NetBeans supports only Java, PHP, JavaScript and C/C++ (no Python!: 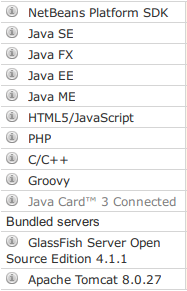 You can try the trial version of Komodo IDE and then try NetBeans and pick the IDE you want.

I do like Komodo, but I’m also investigating alternatives

Did you look at this: https://www.vsphp.com/ I would asume that the VS community edition will work, and then the $79.99 gives you a very powerfull setup

I have VS due to my daily work and I just gave VS.PHP a try and it works pretty good - small thing is that if you create a project based on a PHP Frame work it will take some time to build up the code intellisense database for the first time - how ever, it works!!

He’s looking for a good Python+Web IDE, so I think PHP isn’t important in this case

But yeah I suggest you to use an alternative IDE for C/C++, Komodo can highlight the C/C++/C# code but nothing more, no CodeIntel and Debugging. On Linux I’ve used Code::Blocks for it. (but I’ve switched from C++ to Go).

Actually Komodo does have limited codeintel support for C++, but as it is very limited and we do not explicitly support it we tend not to advertise it.

Wow… I didn’t know about it until today