I am really getting used to chrome and a few other apps where the find matches appear as highlights in the scrollbar.

When will Komodo have these? I feel so lost without highlights like that!! 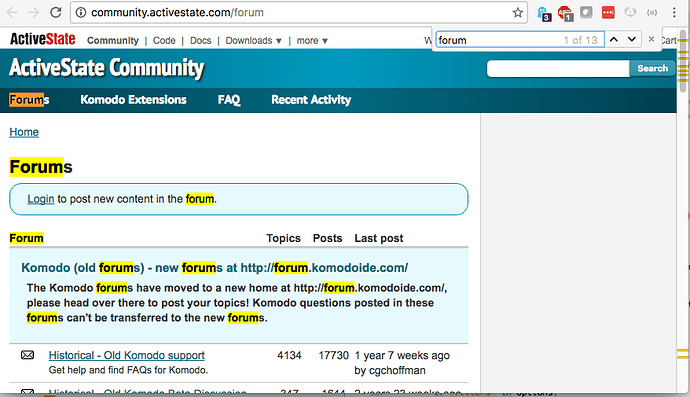 The preview cuts off the scroll bar, view image to see it.

Better to post your idea there rather than filing a new issue.

Ahh I guess we’re doing a catch-all in that ticket. Fair enough. Thanks @Defman.

Not that I don’t like features in my IDE, but would this be better implemented as an Addon? I use the Scrollbar Search Highlighter extension in Firefox and it does the same thing.