No tabs when I indent

I’m unable to insert tab characters inside a line, or at the start of a line. This is not good. 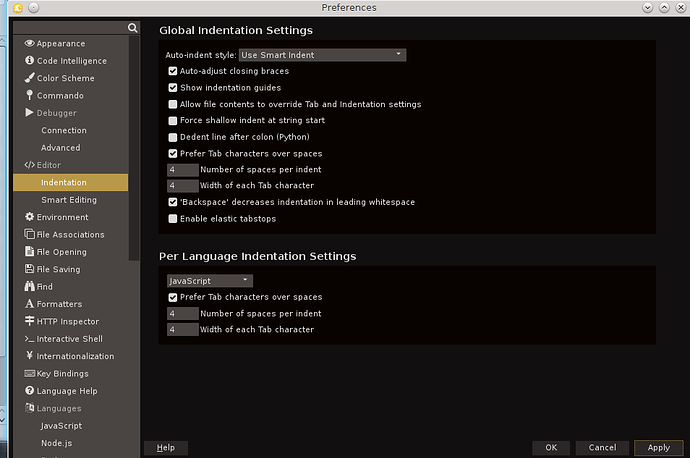 Again - apply and close don’t seem to be having the assumed effect. The fix was to change my font, then close and restart.

All done. You can now type a tab key in your editor and a tab character will be inserted.

Our latest nightly should have fixed the issue. Sorry for the inconvenience.

Thanks @mitchell - just installed the nightly.

P.S. I suppose its worth noting that I would have put the candle under the cat anyway, and I occaisionally chant gibberish, without any prompting.

Thanks for the fix, was getting quite frustrated at the seeming inability to use tabs in my newly-purchased IDE. : )

Not in the habit of running nightlies, but at least I have a workaround until this makes it into the mainline.

Fwiw we’re releasing an update soon to fix this on the stable release. We don’t want to rush out releases unless there is something really really broken, which this doesn’t quite qualify for.