No Python interpreter could be found error. Round II

I saw the following post and it did not solve my problems. I’m running the 21 day FREE version of Komodo, have 20 days remaining. I’m running Windows 8.1, with Python 3.4…and that folder has been renamed after installation to “C:\Python3” 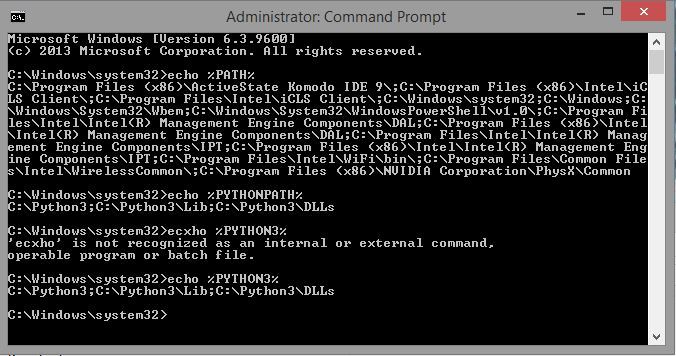 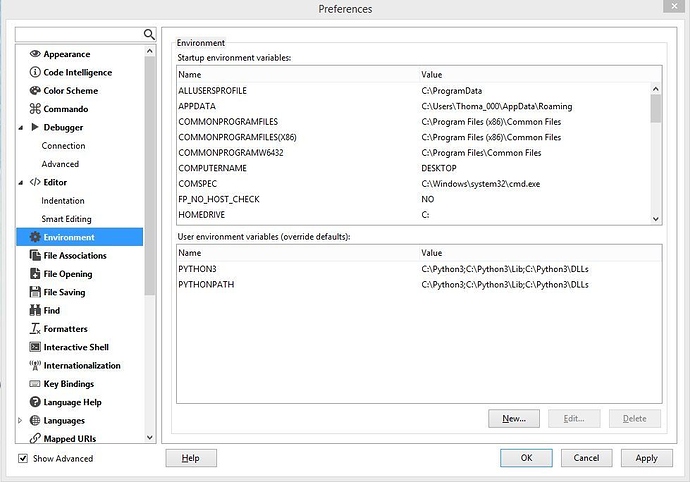 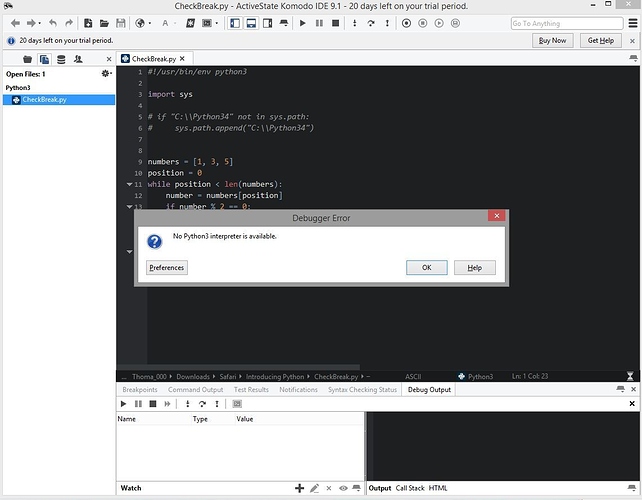 C:\Python3 (probably C:\Python3\bin) needs to be on your PATH, PYTHONPATH is only used to include python libraries, not to find the python interpreter. You can also manually define your Python interpreter under Prefs > Languages > Python 3.

Thanks Carey, edited my message

Unfortunately, I still do not know what to do based on the instructions. I should have stated this is a Windows 8.1 Pro system so no /bin in any of the directories that you see.

Note the filesystems and defaults in the following images. 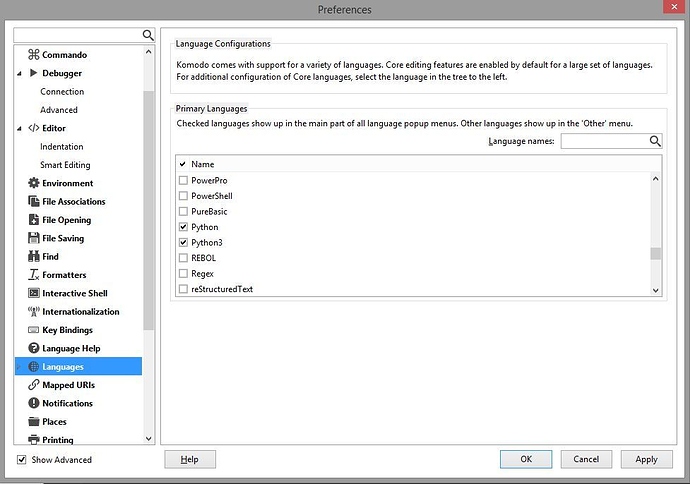 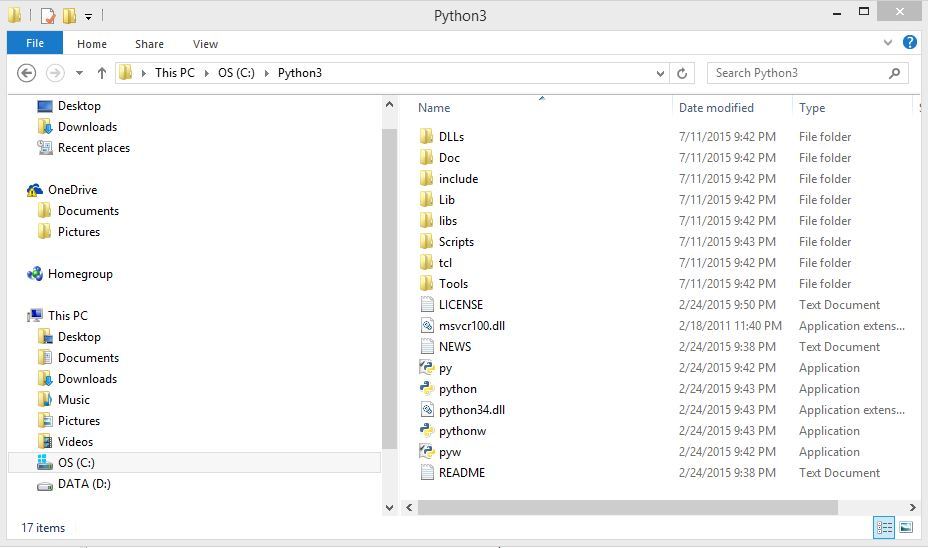 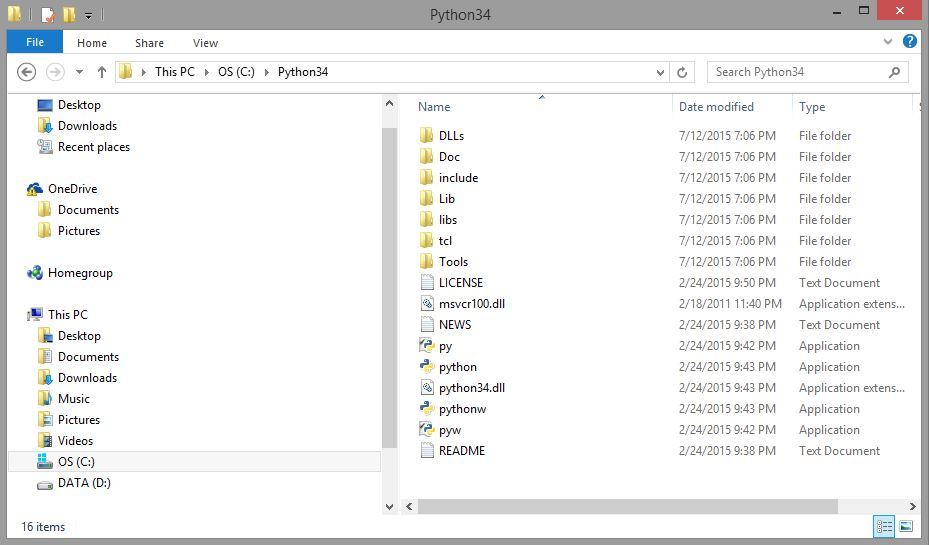 Note! In the python.org docs it says to use “set path=%path%;C:\python34” in a command shell and I did do that so it has been updated but still says “No Python3 interpreter is available.” 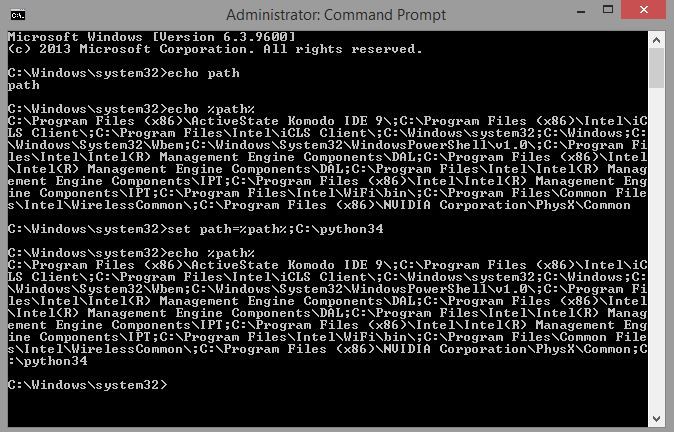 I am going to reboot the machine to see if any of the changes req a restart. If I do not come back and state that the problem is fixed, please assume that I’m still stuck.

Click on a little arrow before Languages icon and in the dropdown list choose Python 3 and set the interpreter to C:\Python3\python.exe

For Komodo to pick up your new PATH you would have to restart explorer.exe and then start Komodo again. Easiest would be to just restart your computer. Note thats a shortcoming in Windows, not Komodo.

If that doesnt work you could try setting the PATH directly in Komodo.

Or you just set the interpreter directly, that should work regardless of all of this and is actually the recommended method.

You’re making a classic (i fell for this for a while) mistake in terminal. Any variable set in that terminal window is only valid for that terminal window session. As soon as the window closes, that variable is gone. So your path is NOT set for the system and Komodo doesn’t know about it; UNLESS you start Komodo from that terminal window. This is not a Windows flaw, it is the same for Linux, OSX and Windows alike.

If you had used ActivePython, it would ask you if you want to add Python to your system path. You can also set it manually with your current install: http://windowsitpro.com/systems-management/how-can-i-add-new-folder-my-system-path

Note @Defman’s comment also, there is an arrow beside the Languages preferences. You may want to give that a click.

This can also be found in our docs: http://docs.activestate.com/komodo/9.1/debugpython.html#Configuring_Python_Debugger

This is the man right here… SOLVED!

Glad you got it sorted, but this setting was pointed out multiple times in this thread, next time please try all the options given