In Komodo IDE 10, one of the preference changes I made was to associate all BeanShell files with the Java language – by going to Edit > Preferences > File Associations > and adding a new association between *.bsh and Java. (This is an association that arguably should be in the initial list anyway, since BeanShell is a subset of Java with object scripting language features.) But now Java is no longer in the list for Komodo IDE 11. Was it intentionally or inadvertently dropped? 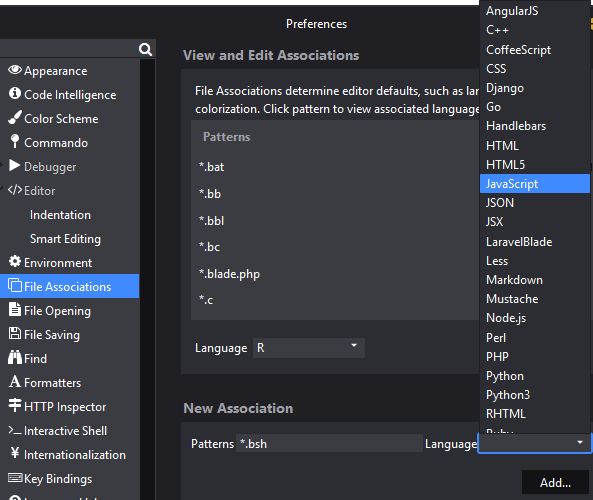 If you scroll down to the bottom of that menupopup there will be an “Other” entry, which will expand to a larger menupopup that contains Java.

So poor ol’ Java has been relegated to the basement, eh?

It’s always been in our basement