Does Komodo IDE have a built in Terminal?

I am trying Komodo IDE free trial for Ruby on Rails.

I want to know whether the IDE has a built in Terminal. This can be very handy having it one place. I saw this article on how to open the terminal with the IDE, but I don’t know about macros.

Is there a tutorial on macros?

Just open a toolbox (View - Tabs & Sidebars - Toolbox). In a right panel with a toolbox, click RMB and select Add - New macro
Insert a code from the page that you find into opened window “%macroname% properties”, check “Run in background”, save it with the name you liked and double-click on the macro that you create. It’s run a macro.

There is currently no build-in terminal. Todd has worked on an addon for this in the past, but it’s currently not being worked on anymore due to us having other priorities. Anyone may feel free to continue his work though.

@nathanr – Is it difficult to port extensions from Firefox through to Komodo’s XUL setup? As FireSSH is pretty decent client, and setting it up to connect to loopback should be fairly simple.

It really depends on the extension, if it is fairly standalone in that it doesn’t extend a whole lot of UI elements and doesn’t use very specific API’s then it can be very easy to port (in fact, a lot of extensions can simply be ported by adding “komodo” as a compatible application in the chrome.manifest, eg. Stylish). But if the extension is extending very specific areas of Firefox then it will be a lot more difficult.

In the case of FireSSH I’d think it should be pretty easy, you might just need to include some dependencies.

By the way something I’ve been meaning to work on when I have some extra time is to integrate Butterfly into Komodo, it should be relatively easy (ie. just launch a browser view) but ideally the actual process should run from within Komodo as well.

Anyway if you want a quick and diry solution you can just run it locally and open it in browser preview.

I am wondering possiblity of adding http://code.mindmeldr.com/graphterm/ to KomodoIDE.
It is Evolution of popular Ajaxterm , build using Tornado .
It is alot more complete than Butterfly. And activly maintained.

I had not seen that one, it certainly ought to be possible. I’ve done a little work on this myself using Butterfly and got a prototype running, but don’t have time to continue work on it right now.

Feel free to pick up where I left off - http://files.naatan.com/ccNn/3438JwaK

Hey @nathanr that file is gone, mind uploading it again? I’d love to have to a crack at it

Nice! I’ve uploaded my work with Butterfly (which you have to manually download and start) here: https://github.com/Naatan/komodo-terminal-butterfly

Perhaps that can help you in integrating it with the Komodo UI.

Brilliant, cheers. Butterfly is perhaps a better choice, because Komodo already has a python environment so we can run the server in the background, whereas FireSSH requires you to be running a local SSH server to get it kicking 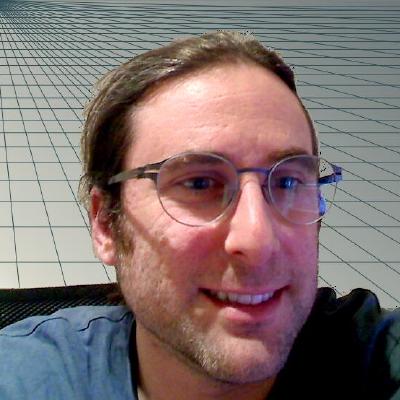 Contribute to nshiell/komodo-terminal development by creating an account on GitHub.


Although I wrote this quickly it isn’t ready for normal use and breaks the todo helper extension.
I did write a build file that will give you an xpi in Linux & OSX.
What do you think?
nathanr August 20, 2015, 2:59pm #14

Note we have a build tool for addons already, it’s called koext. I’d suggest giving that a try.

If you want to fork a project, why not fork the butterfly project I linked above? That seems far more closely related to what you’re trying to do.