Please take a look at the attached screenshot. Two questions:

This seems to mainly be due to the color scheme you are using, which appears to be non-default. Try using a color scheme supplied by us.

The cloud icons indicate that they are under your publishing configuration.

Well, as a matter of fact I have tried to change that particular color. I was able to change just about anything, just not that icon, as I couldn’t quite figure out how it is called.

On top of that, each time I do some changes in the color scheme editor and close the panel, it crashes Komodo. I get a panel asking me to submit a crash report, which I dutifully do - except that when I hit “Quit Komodo IDE” the crash reporter crashes as well… I took a screenshot for your information. 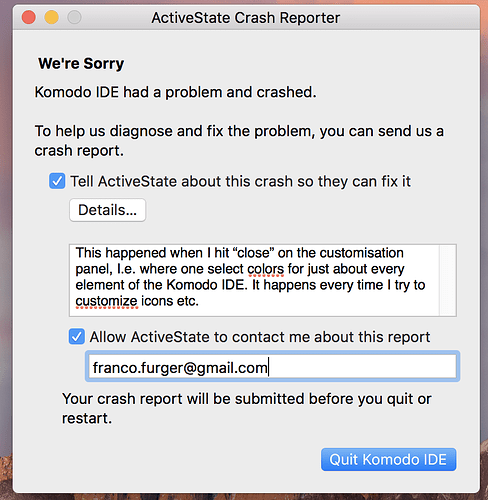 Thanks for sending in the reports. Can you try restarting Komodo in Safe Mode? Help > Troubleshooting > Restart in Safe-Mode and see if you can reproduce this issue?

What colour scheme do you have active?

Can you switch to default, click apply, then close?

Selecting the default scheme, opening the color scheme window and closing again doesn’t cause any issues. As soon as I make a change Komodo crashes. I have attached some screenshots for your information. 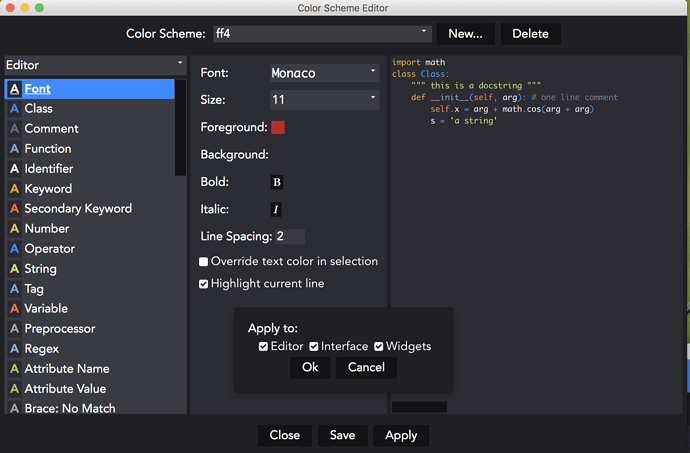 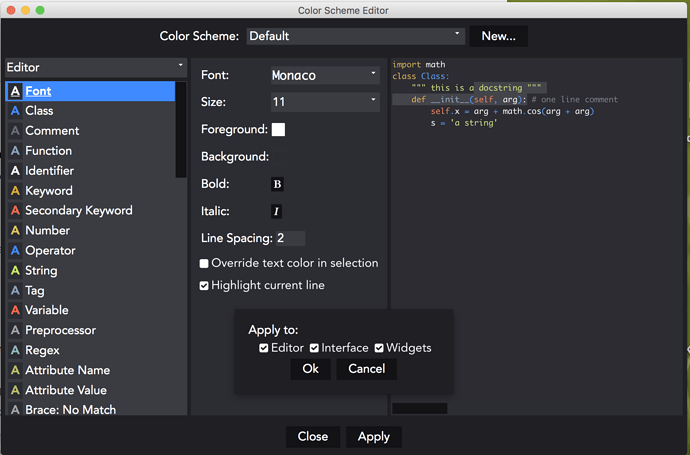 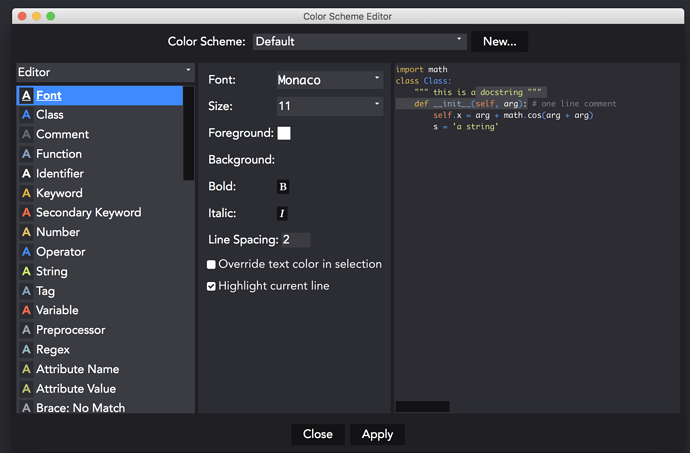 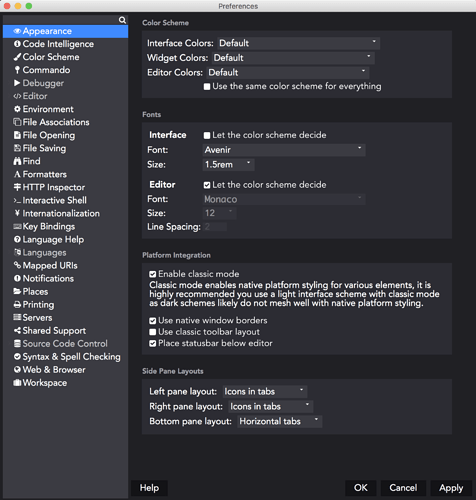 Thanks for the screenshots.

As soon as I make a change Komodo crashes

Please elaborate. Techinically changing Komodo to the Default color scheme is making a change and Komodo didn’t crash so please tell us exactly what you’re changing.

I can’t reproduce any issue btw. I can change themes and edit them without issue. We need to narrow down your issue with as many details as posisble.

I understand, but I already gave all the details to your colleagues Nathan Rijksen and Mitchell at least twice and included many screenshots here on Github, so may be you should discuss this matter with them and coordinate your requests among the three of you?

In any case, the crash occurs when I make a change in the Color Scheme window - once I close the panel, that is. However, I have discovered that Komodo doesn’t crash if I make a change based on the default theme

@mitchell or @nathanr, maybe you guys could weigh in then? This seems like a fairly serious issue.

This would have been really helpful information to share right off the bat @ffurger haha. Forget i even asked anything.