How to add a custom button in Komodo X?

Currently there is a SCC button on the left side, it’s shows a dropdown menu. 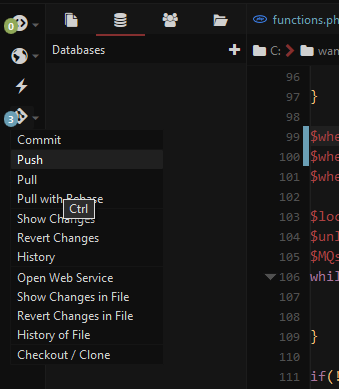 Thank you in advance!

I just found a Commit panel on the bottom! there is no push button, but there is a commit button!

So, All what i need is a Push button…

This would work the same way it did back in Komodo 9; you create a “Toolbar” in your toolbox and place a command or userscript under there which will then show up as a button on your toolbar. Note you may have this toolbar hidden, check by right clicking your toolbar and hitting “Customize”.

@nathanr, the SCC toolbar buttons weren’t custom toolbar buttons. It looks like they got removed (or just moved to the dynamic button) in the upgrade from Komodo 9 to Komodo X.

Having said that, @stramin, if you want a toolbar button you’ll have to do @nathanr suggestion of creating a custom button and adding it to your toolbar. But that would be essentially same as using the SCC dynamic button that you already found.

But that would be essentially same as using the SCC dynamic button that you already found.

Well it would be in a different place and cost 2 clicks.

My thinking when I created the Dynamic button is that push/pull is not something you do that often that you would need it available at a single click.

I made a Toolbar called SCC, I tried adding a Command inside, but I don’t know how to make it work as a Push Button 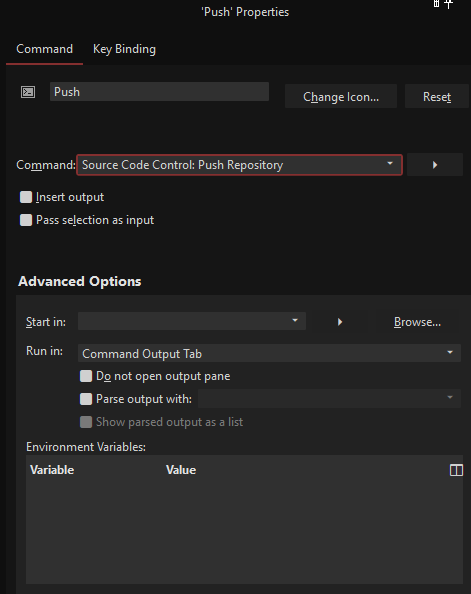 The command you want it to run, probably git push?

Unfortunately there are a few things wrong here.
First, you’ve added the Description of the command to the field. Not the command name. The command is actually called cmd_SCCpush.

Second, the “command” tool is meant for things that would run in the command line, not internal Komodo commands.

If you want to use a Komodo command you need to create a Userscript and add the following code:
ko.commands.doCommandAsync("cmd_SCCpush");

If you want to use a Toolbox command you would use the regular git command:
git push

I just wanted to extend @careyh answer by explaining how this can be done using the command in you’re toolbox.

First thing you want to do is add a custom toolbar to you’re toolbox: 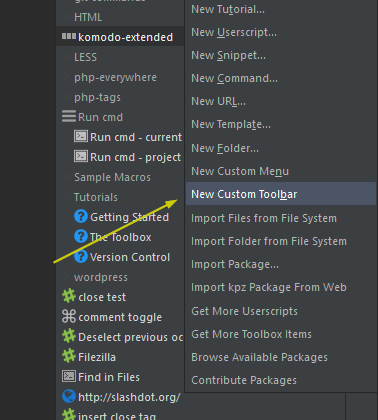 In the next screen you can give the toolbar a name:

If you did that, you will now have custom toolbar where you can add you’re git commands: 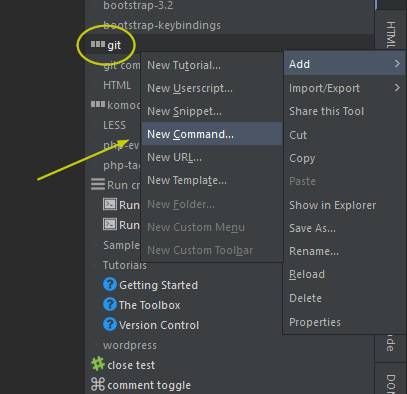 In the commands configuration screen you will have the following options: 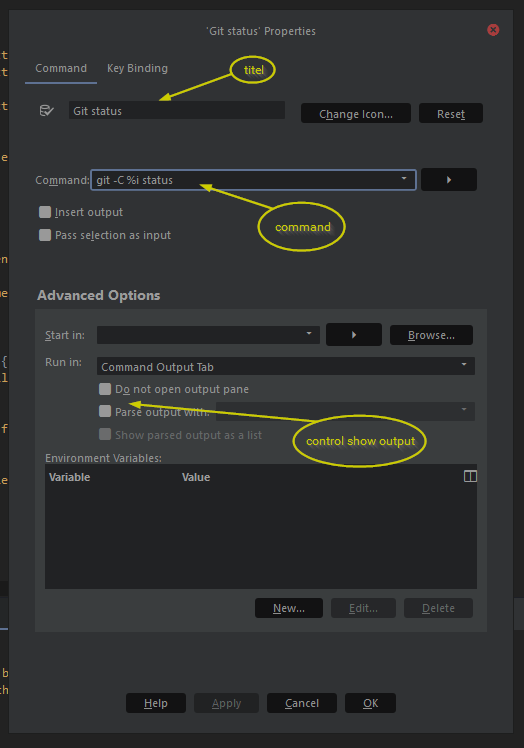 For me running git <command> is not working.
I have to specify the directory to run the command in like this:
git -C %i <command> 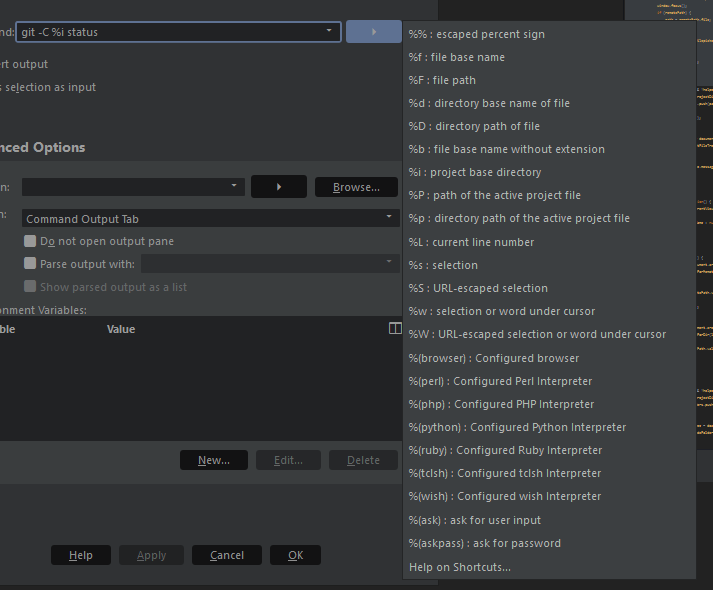 To change the icon click on “change icon…”, to show all the source control icons you have to type ko_scc: 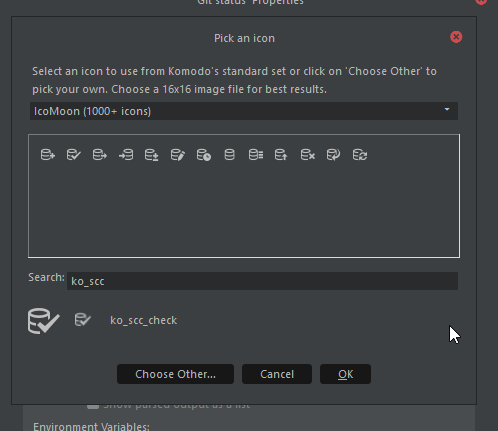 After saving the command the button will appear in you’re toolbar:

For the ko.commands.doCommandAsync("<command>"); you can find a reference for the commands here

That’s the reason why I like @babobski. The way he describes something is incredible!

Thank you for the nice, complete and easy to understand explanation.